SATO STW and ARGOX Join 2017 TAIPEI marathon
Taipei Marathon is an annual event held by the Taipei City government. This year, Sato Taiwan and Argox runners decided to join for the first time together with over 27,000 runners from all ages, including 3,200 international runners from 51 different countries. 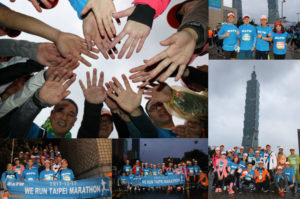 6:30 AM, outside temperature was low at 12-degree °C, the long run started in front of Taipei City Hall. Participants were divided into two groups, Full-marathon of 42-km and Half-marathon of 21-km. The whole journey covered four major historical sites of Taipei city. They are four ancient city gates around Taipei.

With everyone’s enthusiasm endeavored, 2017 Taipei marathon was a big success for not only Taipei but especially for Argox and STW team. Thank you all for your participation.
Go ARGOX~~~!

Back
This website stores cookies on your computer. These cookies are used to collect information about how you interact with our website and allow us to remember you. We use this information in order to improve and customize your browsing experience and for analytics and metrics about our visitors both on this website and other media. To find out more about the cookies we use, see our Privacy Policy.
If you decline, your information won’t be tracked when you visit this website. A single cookie will be used in your browser to remember your preference not to be tracked.
Compare 0 Inquriy 0
Clear Compare
Inquiry
Login
Member login
Language
Search